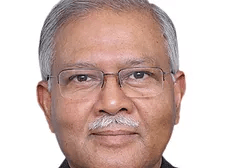 Ambassador Ashok K. Kantha joined as Director of the Institute of Chinese Studies, Delhi on 31st March 2017. He is a Distinguished Fellow at Vivekananda International Foundation, a New Delhi-based think-tank. A career diplomat, Kantha was Ambassador of India to China until January 2016. Prior to this, he was Secretary (East) at Ministry of External Affairs in New Delhi with responsibility for about 65 countries in India’s extended neighbourhood. His previous assignments include High Commissioner of India to Sri Lanka and Malaysia, Consul General in Hong Kong, Deputy Chief of Mission in Kathmandu (Nepal), and Joint Secretary (East Asia) in Ministry of External Affairs. Earlier, Kantha served in different capacities at Indian Missions in Singapore, China and the USA, and at headquarters in New Delhi.

In his diplomatic career spanning over 38 years, Kantha specialized in Asian affairs, with a particular focus on China.  Apart from three assignments in China, he served as Joint Secretary (East Asia) and Director (China) at the Ministry of External Affairs for 4 years each, closely involved in the formulation and implementation of India’s foreign policy with respect to China and East Asia. He has an advanced certificate in Chinese from National University of Singapore.

Doklam crisis: Not optimistic about prospects of an early settlement – Scroll.in
19 Jul 2017

India-China standoff: All you need to know about Doklam dispute – India Today.in
06 Jul 2017