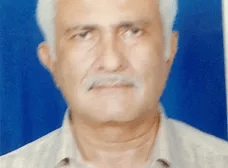 I am a physicist by profession (post graduation with distinction university of Delhi, Doctorate Mumbai University). My work spanned specific area of laser science and technology. After more than three decades of contributions, superannuated from Bhabha Atomic Research Centre, Mumbai, India. During this period I made some pioneering contributions to the field in which I worked. Worked in several international laboratories on varied disciplines of both basic and applied interest. Within India I worked for several laser applications of strategic interest. I also contributed to useful dissemination of knowledgebase in my working field by organizing several national and international conferences, short courses, schools for doctoral and postdoctoral young students. I have mentored and guided several students for their M.Sc, M.Tech and Ph.D under auspices of Mumbai University and Homi Bhabha National Institute of Education. I had been a Professor Of Physical Sciences at Homi Bhabha National Institute for Education. Participant in advisory capacity in several councils of Department of Atomic Energy and Department of Science & Technology in India. I have given several invited talks in various National and International Conferences. I have more than hundred publications, about half of them in international journals with good citations record.

Presently, post superannuation, I am keen to apply scientific and technological developments in my field for manufacturing applications.  My main interest there being those related to Environment, Renewable Energy and Advanced Manufacturing. I have authored a book on “Scientific Research and Manufacturing : Potential India Growth Story” to be published in near future.

Promotion of collaboration between universities, industries and other research labs and fresh startups