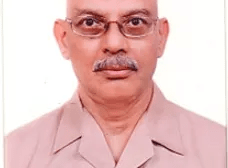 He also was posted to the Permanent Mission of India, Geneva, to High Commission of India, Dhaka, as Second Secretary (Media and Culture) and subsequently, as First Secretary(Economic and Commerce).

He is a distinguished Researcher, School of Mathematics, Tata Institute of Fundamental Research, Mumbai (1972- 1973) working in the field of Abstract Harmonic Analysis, and the Author of “What is Mathematics?” published by National Book Trust India, 2013

Currently, he is involved with the following :

Mentor, Salute the Soldier LLP,  N.Delhi, for assisting retired soldiers and their families;