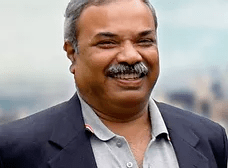 Nityanand Shenoy completed his B-Tech (Mechanical Engineering) from NIT, Surathkal in 1983 and joined Mico-Bosch as a Technical Graduate Trainee. After a short two year stint, he joined the Indian Institute of Management – Bangalore to complete his MBA (Marketing & Finance) in 1987.

He then joined M/s. Godrej and Boyce in June 1987 and worked in the Marketing Department of their Industrial Business Division.

In 1990 he joined the Permacel division of Johnson & Johnson Limited as Product Manager and within a short span of five years was designated as General Manager (Marketing).

In 1999 when the PRS Group bought out the Permacel division from J&J, Nityanand Shenoy joined the newly-christened company PRS Permacel as Vice President-Marketing.

From 2000 until the present date, he has held various positions, such as Head of Kavach Business, SBU Head of Automobile Business and Executive Director (Operations), before being appointed as President & Managing Director in January 2011.