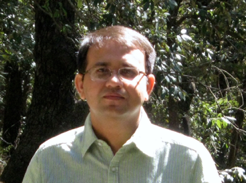 Sujeet belongs to the 1994 exam batch of Indian Railways Service of Electrical. Currently he serves as Chief Design Engineer (Electrical) for Diesel Locomotive Works, the flagship locomotive manufacturing unit of Indian Railways, assisting in transition of the unit to manufacture the latest generation of electric locomotives. He has been instrumental in assimilation and further development of a new generation of motive power components and has had a significant role in the development of two new classes of electric locomotives-currently being the workhorses of Indian Railways.

He has also worked extensively on fixed (traction) infrastructure for its grid side and rolling stock side interfaces where his design interventions have improved safety and reliability of electric traction in the country. He contributed to the standardisation of approval process of power supply systems of Metro Railways.

He has been active contributor in the national and international standardisation space.

His research interests include traction control, e-mobility, smart grids and computational intelligence, areas where he engages with academic and industrial community as a thought leader.

He blogs on issues which are on the cusp of society and engineering.