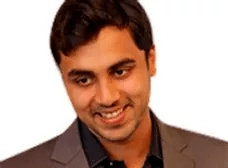 Vivan Sharan is a Partner at the Koan Advisory Group (www.koanadvisory.com), where he works at the intersection of technology, policy, and the new economy. He advises Fortune 500 companies, international organizations and governments, on a wide range of issues that lie at this intersection, including on themes such as competition, intellectual property and online markets.

Mr. Sharan is a Visiting Fellow at the Observer Research Foundation (ORF); a member of the National Committee on Media and Entertainment, constituted by the Confederation of Indian Industry; and a member of the ICT and Digital Economy Committee, constituted by the Federation of Indian Chamber of Commerce and Industry. Along with a few friends and colleagues, he also runs philanthropic platform for creation of ‘lifeline’ rural infrastructure (www.pucca.in).

Previously as the CEO of ORF’s Global Governance Initiative, he worked closely with the Indian Government on various aspects of policy planning and geo-strategy. As an anchor for flagship projects at ORF, he helped set up and run the Asian Forum on Global Governance, a policy school for young professional leaders from around the world. He has previously also served as business head of sustainability company, which established India’s first Carbon Efficiency index on the Bombay Stock Exchange.

Mr. Sharan started his career in the international financial markets, trading equities, commodities and currencies. He graduated with a Masters in Economics from the University of Edinburgh, and a Bachelors in Mathematics from St. Stephens College, University of Delhi.  He writes extensively for leading newspapers in India.