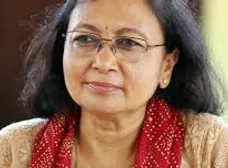 Dr Nivedita Haran joined the Indian Administrative Service in 1980 and has held senior positions in GOI, as District Collector and District Magistrate, Trivandrum (Thiruvananthapuram), and Secretary, Agriculture, Govt of Kerala. She also served as the Civil Affairs Officer, UN Peacekeeping Mission in Kosovo from Sept. 2000 to December 2005. She was Commissioner of Land Revenue, Govt of Kerala, Principal Secretary and Additional Chief Secretary, Revenue and Disaster Management, and held many other important charges. She has been responsible for many innovations in good governance, and has a stellar reputation as an effective reformer and harbinger of modernity and change. Under her charge District Pathanamthitta was declared polio-free. She brought about major reforms in land governance in the State through setting up of the State Land Bank, and major public lands in the State capital were protected from encroachment and when required were put to public use. She was in the forefront of introducing and popularizing the use of renewable energy through inter alia the drafting of the solar policy, activating the body for popularizing renewable energy.

As the Director-General of the Institute of Management in Govt, Kerala, she took up a number of key initiatives, including introduction of the Course modules on Sustainable Development for all levels of trainees in collaboration with the UNEP; she also helped establish collaborative projects with University of Reading, UK; and set up the National Centre for Land Governance. She has headed a number of Commissions; the notable amongst these are: the Report on Revival of Munnar hill-station in Kerala,  Identification and recovery of public land in Anchanadu region of Idukki, the land-holdings of HML Ltd, the computerization of the Public Distribution System in Kerala, the setting up of the Kerala Administrative Service, etc;

She led the policy affairs team for finalizing the Master Plan of Delhi and drafting the Urban Development Policy for the National Capital Region;

She is Heading the Ente Bhoomi Trust that takes up issues pertaining to land management, land use measures and land record computerization to reduce hardship to the common people. She heads Adharshila, a school for migrant workers’ children who otherwise would remain illiterate and get them admitted to regular govt. schools. She is Independent Director in the National e-Governance Services Ltd., a majority public sector owned company that functions as an Information Utility under the Insolvency and Bankruptcy Code;  the NeSL also functions as a data aggregator of personal, property and financial data to assist citizens.

Member in the Board of Governors of the Centre for Migrants and Inclusive Growth, Kochi that works towards the welfare of migrant workers and their families.

Board member in the Jatayu Earth Centre, Kerala, a privately built tourism project based on govt land on a PPP mode, one of the first in the country.  The project aims at adopting eco-friendly, green practices in its campus and to eventually become self-sufficient in energy, water supply with zero-waste release.

Designated the Returning Officer for conducting the election of office bearers to the National Judo Federation; the election was successfully completed on 10 Feb., 2018

An article on Bureaucracy in India, in Women Workers of India , Sharan, Raka (Ed)

Dr Nivedita Haran has a Masters in Philosophy from Jadavpur University, Kolkata I Class and a PhD in Sociology from IIT, Delhi on the topic Bureaucracy in India.